The safety and well-being of our families, community, and employees is our top priority. We are proudly providing Live Streaming Services.
Learn what we're doing to keep families safe in response to Coronavirus (COVID-19).

We have years of experience caring for families from all walks of life, cultures and faiths. Our unsurpassed staff and our family provide kind, caring, professional service. Each family comes to us because they know we are leaders in our profession who are dedicated to excellence in service, adhere to the highest funeral industry standards, and have exceptional integrity. We consistently earn phenomenally high customer satisfaction survey results.

Our licensed, professional staff is here for you 24 hours a day, 7 days a week. Please call 209-529-5723 anytime. We will even come to you to make arrangements in the comfort of your home.

Prompt, compassionate service is always just a phone call away, where and when you need it. 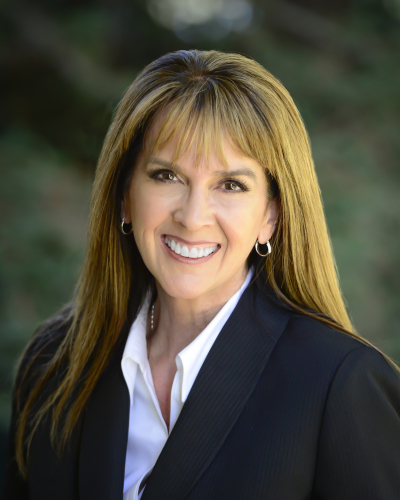 Kristi Ah You is our Managing Partner of Franklin & Downs, Kristi is married to Bart Ah You and together they have six adult children, and two grandchildren. Kristi is a lifelong resident of Modesto and considers Modesto to be her home. Bart and Kristi enjoy spending time with family and friends, attending Redeemer Church in downtown Modesto and Community Groups, traveling and living an active healthy life style.

She was elected to the Modesto City Council in 2015 and currently services as Chair of the Great Safe Neighborhoods and Vice Chair of Effective Government Committees.

Kristi accepted the position as Managing Partner of Franklin & Downs Funeral Homes in November of 2011. Kristi graduated from the San Francisco College of Mortuary Science and received an Associate's degree in Mortuary Science and later earned a Bachelor's degree in Business Management and completed course work towards a Masters in Forensics. She considers it an honor to be in a position of serving others, and providing quality servant leadership to her team and our community. 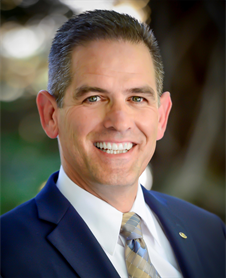 Photojournalist Bart Ah You has been capturing moments in the lives of people throughout California for more than a quarter century. His images became a staple of everyday life for Central Valley residents during his award-winning career at the Modesto Bee. His work has appeared on book covers and in magazines such as Time, Newsweek and People, as well as in newspapers throughout the country. He has also been the recipient of many accolades and awards for his work with McClatchy Press throughout the years.

Bart is a long-term and well-respected member of our community. This is why transitioning into working with our pre-arrangement families and making end-of-life decisions is a perfect fit for Bart, our community and Franklin & Downs Funeral Homes.

Bart Ah You is Married to Kristi Ah You and they have six adult children. They enjoy being of service to their community and consider it an honor. Bart likes to spend time with family. In his free time, he is a volunteer for the Boys & Girls Club and the Family Justice Center. He is a Rotarian and is the current Sergeant of Arms for Modesto Sunrise Rotary.
Employed by PRECOA, Representative of NGL Insurance Company 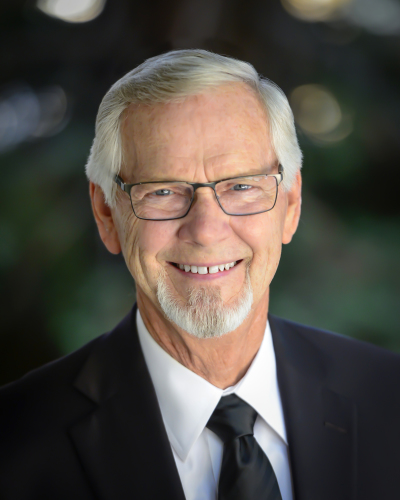 In 1957, during his junior year in high school, Leroy Hart began his funeral career in Sioux City, Iowa at Berkemier Funeral Home. His job duties included assisting with funeral services and the usual duties associated with funeral homes.
After graduating in 1959, Leroy voluntarily entered the U.S. Armed Services and served as a Third Class Yeoman in the U.S. Navy. He served aboard the aircraft carrier USS Bennington and made a Western Pacific Cruise. When Leroy was discharged, he returned to his hometown and married his high school sweetheart, Cecelia, on February 3rd, 1962.

After a short time, they relocated to Los Angeles, where they both were employed in the aerospace industry at Northrup Corporation. During that time, he attended Junior College and in April 1964, he enrolled in the California College of Mortuary Science, graduating in April 1965. By this time, a daughter was born, and it was time to begin his career in Funeral Service. This is when they made their home in Modesto and Leroy began working at Franklin & Downs Funeral Homes. Their son was born shortly after their move to Modesto, completing their family.
After seven years with Franklin & Downs, his career was interrupted, and for two years, LeRoy managed Dreyer’s Ice Parlor/Restaurant in Modesto. He then returned to Franklin & Downs as a part owner and joined Lew Franklin, Sr.,  Lew Franklin, Jr., and Saxon Downs, resuming his career path. He continued to serve our community as a corporate Vice-President and Funeral Director with the firm.

In 1972, Leroy became a Christian and has been a faithful and active member of CrossPoint Community Church. He is a member of the Modesto Rotary Club, where he has held several chairmanships over the years.

Leroy enjoys leisure time with his family and friends. He is currently retired but is available to work services from time to time. 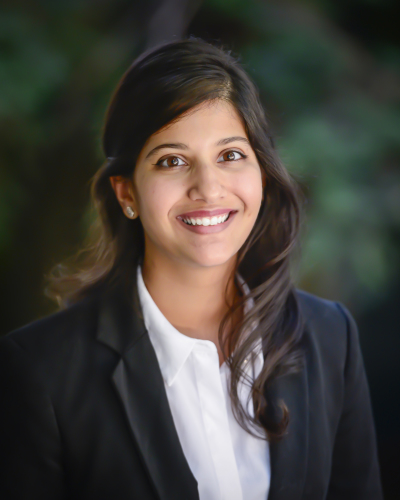 Navaz is a licensed funeral director and embalmer who joined us in June 2017.

She has been a lifelong resident of Modesto and is currently attending CSU Stanislaus. Navaz may have began her career in funeral service on a whim*, but quickly realized it was not an average "9 to 5;" she was truly touched by the relationships made assisting families in their first steps through grief and caring for their loved ones.

Navaz served her apprenticeship and began work at Turlock Memorial Park and Funeral Home in 2011 and Hillview Funeral Chapels in 2016. She is the secretary of the Valley Lode Funeral Directors' Association.

In her spare time, she enjoys reading classic novels, flying stunt and power kites, various crafts, and playing double bass in local orchestras. She aims to obtain her bachelor's in operations management, and music performance.

*Navaz was inspired to work with a funeral home from her first car and daily driver, "Gomez," a green 1988 Buick LeSabre Estate Wagon hearse. It was purchased to haul around her upright bass, but she took a cue from the car, researched mortuary service, and began sending out applications. Regrettably, Gomez has since been sold but Navaz continues to keep an eye out for another special wagon. 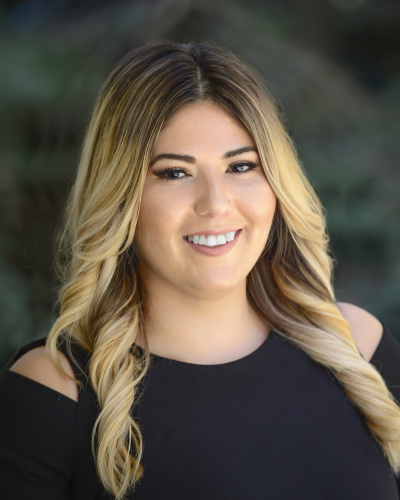 Brenda is one of our bilingual (English/Spanish) staff members who currently works full-time as an administrative assistant.  She works very diligently to make sure that every family member has proper permits and death certificates.  When the need arises, Brenda also meets with families as a funeral arranger.  Brenda was raised in Waterford, California, graduating high school from Waterford High School and currently resides in the Ceres area.

Brenda and her son are members of St. Anthony’s Catholic Church where they attend Sunday morning mass.  She is an avid Dodgers fan and enjoys cheering for her son’s many sports activities.  Brenda looks forward to continuing her education and following her dreams of being in law enforcement. 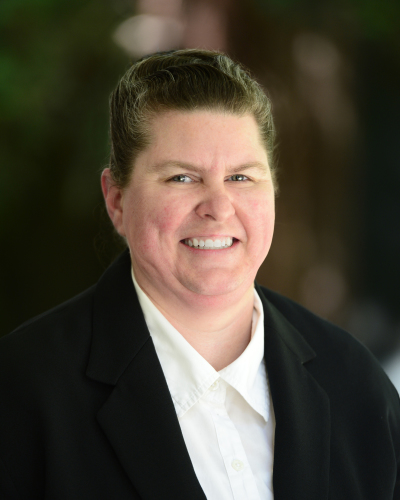 Prior to her career at Franklin & Downs Funeral Home, Mary worked in many of the legal clerk positions in the law enforcement field in Stanislaus County for 12 years.  Mary has also worked for Staples, USPS, Hunt Wesson, and the City of Ceres.  Mary has been a caregiver since she was 11 years old and has experienced caring for others with multiple medical conditions, hospice and with VA home health care assistance.   Mary feels very blessed to be in such a caring environment that she has found in the team at Franklin & Downs.

The loss of Mary's father in 2018 brought to fruition her desire to work within the funeral industry. She enjoys assisting others in any capacity for which she has the ability and given the opportunity.  Mary enjoys listening and sharing life experiences and accomplishments with the many families for whom she comes in contact.

In Mary's free time, she loves spending it with family and friends. Whether it is playing a musical instrument,  needle or picture crafting, whale watching, enjoying the forest, working in the garden, or cooking meals for family or guests, helping others is her greatest passion. 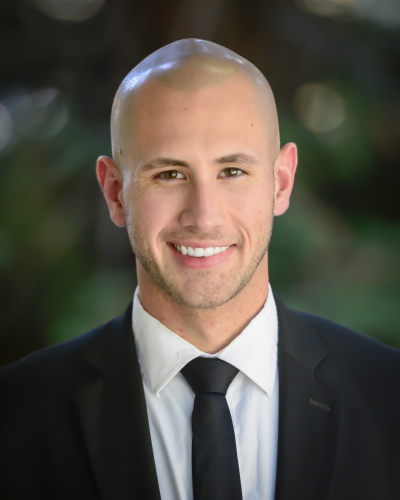 Matthew Parrott was born and raised in Modesto graduating from Modesto High School.  He is responsible for security and safety regulations for the funeral home.  He is extremely diligent in assuring that all operations within the funeral home meet the high standards set forth by our mission statement.

Matthew has worked for Franklin & Downs since March of 2018.  He looks forward to completing his college education and advancing within the company.

You are welcome to call us any time of the day, any day of the week, for immediate assistance. Or, visit our funeral home in person at your convenience.